view Warning - Dirty Joke: Do not read if offended easily - Just Get Out Of Town 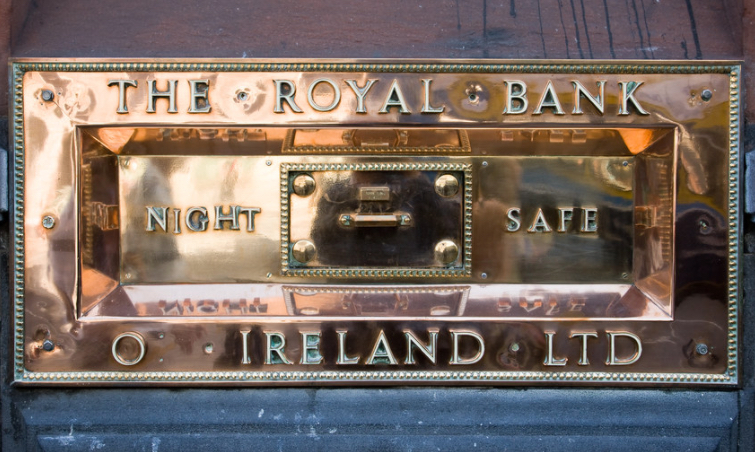 An elderly woman walked into the Royal Bank of Ireland one morning with a purse full of money. She wanted to open a savings account and insisted on talking to the president of the Bank because, she said, she had a lot of money.

After many lengthy discussions (after all, the client is always right) an employee took the elderly woman to the president’s office.

The president of the Bank asked her how much she wanted to deposit. She placed her purse on his desk and replied, ‘$165,000’.

The president was curious and asked her how she had been able to save so much money. The elderly woman replied that she made bets.

The president was surprised and asked, ‘What kind of bets?’

The elderly woman replied, ‘Well, I bet you $25,000 that your testicles are square.’

The president started to laugh and told the woman that it was impossible to win a bet like that.

The woman never batted an eye. She just looked at the president and said, ‘Would you like to take my bet?’

‘Done’, the elderly woman answered. ‘But given the amount of money involved, if you don’t mind I would like to come back at 10 ‘ clock tomorrow morning with my lawyer as a witness.’

‘No problem’, said the president of the Bank confidently.

That night, the president became very nervous about the bet and spent a long time in front of the mirror examining his testicles, turning them this way and that way, up and down, turned it around, checking them over again and again until he was positive that no one could consider his testicles as square and reassuring himself that there was no way he could lose the bet.

The president confirmed that the bet was the same as the one made the day before. Then the elderly woman asked him to drop his pants etc. so that she and her lawyer could see clearly.

The president was happy to oblige.

The elderly woman came closer so she could see better and asked the president if she could touch them. ‘Of course’, said the president. ‘Given the amount of money involved, you should be 100% sure.’

The elderly woman did so with a little smile. Suddenly the president noticed that the lawyer was banging his head against the wall. He asked the elderly woman why he was doing that and she replied; ‘Oh, it’s probably because I bet him $100,000 that around 10 o’clock this morning I would be holding the balls of the President of the Royal Bank of Ireland ‘

Tired of the airlines having you by the balls?

Click here to turn the tables on the airlines. By becoming a JGOOT subscriber and implementing our 3 simple rules of travel – you’ll reliably and predictably have them by the balls – every time you fly.