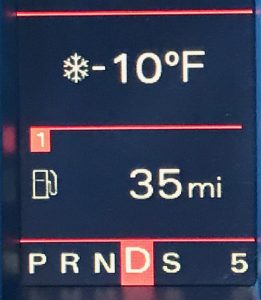 [TL;DR? Watch a video at the bottom of this post instead.]

I bargained with my sophomore son and told him if he took a free ACT practice test on Friday, he could take a friend snowboarding today.

I was going to go boarding today too, but it was NEGATIVE TEN DEGREES outside, and was only going to get up to a high of 2.  Ummmm… Hell no.

Unlike the out-of-state visitors who all paid thousands of dollars to ski in Colorado during the second-most crowded week of the year – One of the nice things about living just over an hour from the slopes is that you can occasionally say “no thanks” if conditions aren’t absolutely perfect.

Instead, you can grab your laptop, a hot coffee, and work by a warm fire while your kids freeze their butts off on the slopes.

Traveling for pennies on the dollar works the exact same way.  Unlike the suckers who decide to look for a travel deal every once in a blue moon and settle on somewhere in Mexico (again) because that’s the only destination where they could find a flight for under $400, you can be a lot more picky about the trips you take and the prices you pay.

But there is a catch…

Since the majority of those fares only last days (if not hours), you HAVE to watch for them every day.

The best way to do that for free?  Airfare Watchdog. Simply enter as many destinations as you want to go to, and they’ll send you the best price they can find to that destination. Every day.

99% of the time, you’ll say “no thanks” and go on with your day.  But about 1 in 100 times the fare will be so low – you’ll think “Ummm… OK!!!” – and you’ll snatch the fare up knowing it will likely be the cheapest seat on the plane.  (The best part? These trips are often months in advance so you can easily work your schedule around them.)

Try it & see for yourself. For your convenience, here’s a link to their free site.