In a poker TV show called Shark Cage, they pit various celebrities against actual poker pros. (It’s like Dancing with the Stars, but with poker players).

The majority of hands are pretty boring and get edited out because most players fold most of the hands they get.

So to set the stage – we’ve got a table of eight, six have folded their hands, and Sara (who doesn’t play much poker at all) takes down a full-time poker professional.

The best part? He had the better hand, but she beat him with an absolutely worthless hand.

In the world of poker, it doesn’t get much better than STEALING what should have been someone else’s chips with nothing but a bluff. (So when an amateur poker player (who happens to be a woman in a male-dominated game) sits at the same table as a professional poker player and bluffs him out of $2 million in chips – stories about it get told for years.)

Want to get the same feeling by sitting on the same plane, going to the same exotic destination as other more seasoned travelers – but paying a tiny fraction of what they paid?

Click here, and check out the free tips in the “Guides” section. 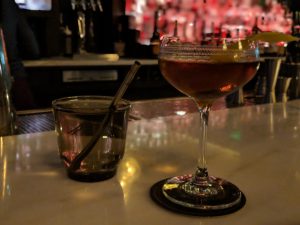 why do we travel?