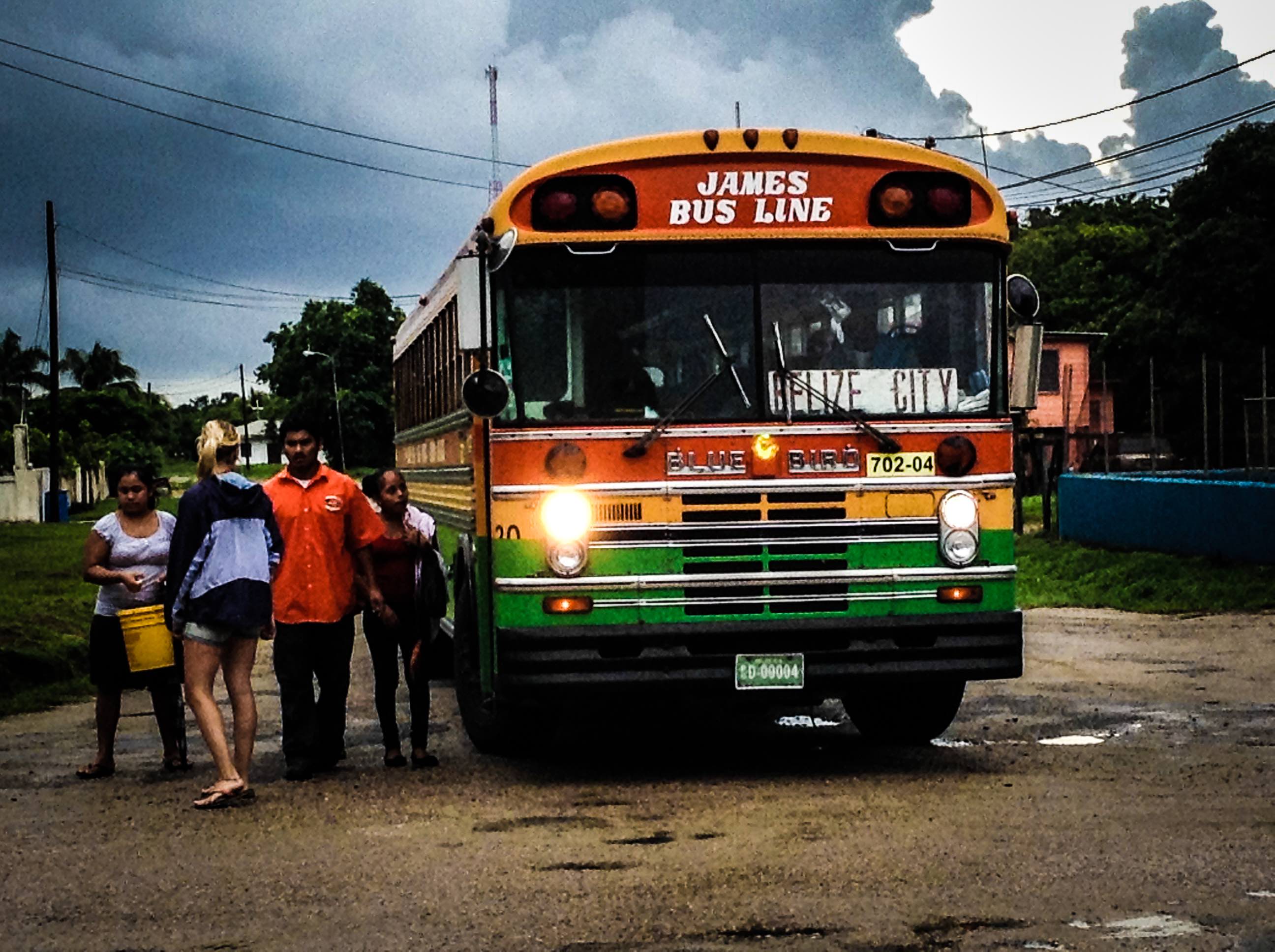 A few years ago, my wife, kids and I went on a cruise, and after hours of debate and discussion, we all agreed on doing the “Jungle river tour along with a 90 minute guided tour of the countryside” when we dropped anchor in Belize.  It was pricey at $120 each, but it had something for both adults and kids – so we bit the bullet.

In a nutshell, the cruise line bought a couple dozen “tour company” t-shirts, gave them to a bunch of villagers who had never been out of their tiny town of 100 people, and bought a couple chicken busses. They then instructed the villagers to “Make some crap up to tell the tourists we’re going to send your way to pass the time on the 90 minute ride on the chicken bus we’re going to cram them into.“
Seriously – I think the tour guides had bets on how much crap they could get away with making up.  Although I’d have been fascinated to hear about life in the village they lived in, they felt the need to embellish the most mundane, worthless information possible – just to fill the time on the 90 minute squeaky-as-hell bus ride.
Anticipation was building as we got close to the “Jungle river”, and as we pulled up – we saw a big stack of inner-tubes. Not even real inner-tubes. I’m talking about flimsy wal-mart inner tubes that could only be stable to float in by tying at least 8 together. Seriously? The “River” was a nasty-ass muddy creek about 4 feet deep, my kids are strapped between us and zinc-nosed tourists who insisted on telling bad jokes the whole time, and the guide we were required to be tied to managed to find every sharp eye-endangering branch possible for us to float through.  On top of that, the cruise line’s insurance required that they have employees along side the river every couple hundred yards. But they ran out of company shirts, and they refused to talk or smile. So instead of feeling safe and protected, it was just creepy. It felt more like the grubby t-shirt, cheap sunglass wearing thugs were there just to make sure we floated into the trap they had set for us around the bend – where we would be kidnapped and held for ransom.
Well, at least we had the “authentic Belizean lunch” to look forward to.  At the end of the ride, we were given juice boxes, and bean & cheese burritos in saran wrap. “Umm. My wife is gluten-free. Have you got anything she can eat without permanently damaging her intestines?” They gave us an extra bag of Cheetos, and shuffled us back onto the chicken bus for our ride home.
The best part of the day was when we discovered there would be no stories on the 90 minute ride back and we got to take a nap. (That, and finding out that what they were being paid was triple what most of them were earning before they started working as contractors for the cruise line. But COME-ON [cruise-line-omitted-to-keep-from-getting-sued]… Spend a few hundred bucks on a copywriter to give them SOMETHING to talk about!)
The moral of the story – Excursions can be fun, but whenever possible – do your homework in advance and talk to people who have actually been there.  If taking a cruise, make sure they’ve been docking at that port for quite a while, so you know they’ve had a chance to work out all of the kinks and adequately train the people running the excursions.
In a nutshell, although we’ve technically been to Belize – we’re not really counting it, and look forward to going back with a better planned-out itinerary.
Got any funny travel stories? Feel free to tell me about it in the comments below.
https://justgetoutoftown.com/den/wp-content/uploads/sites/2/2017/10/JGOOT-without-liberty1-300x116.png 0 0 Joel https://justgetoutoftown.com/den/wp-content/uploads/sites/2/2017/10/JGOOT-without-liberty1-300x116.png Joel2018-06-01 10:35:572019-07-22 23:08:00My $480 chicken bus tour through Belize
New premium member feature: Customizing trip alerts

“It’s not safe to travel”