view Divorce lawyers, Taco-Tuesdays & vacationing with reckless abandon - Just Get Out Of Town 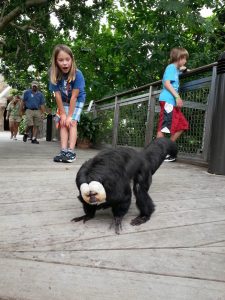 Although the kids’ Mom and I were doing a decent job of shielding our kids from our disagreements, our lawyers were duking it out like the final fight scene of Rocky IV. All of my assets were frozen, and after paying the majority of my income to maintenance (AKA “alimony”), I was left with about $2000 per month  in order to keep me from “wasting money on frivolous travel.”

…Travel was one of the ONLY constants I could give my kids and I wasn’t about to let some asshole divorce lawyer tell me I’d be in trouble if I did it.

So when I stumbled across cheap flights to Houston that aligned (almost) perfectly with my kids’ Fall break – it was time for the first-ever vacation with just the three of us.

“Don’t do it! Her lawyer will destroy you.” my lawyer told me.

I didn’t care. For the prices I paid, this was a vacation I NEEDED to give my kids. It was a bonding experience I wanted to have for the three of us during this delicate/fragile stage of our lives.

Sure enough… A month after our trip, my lawyer dragged me into her office to go over a letter from the kids’ mom’s lawyer demanding explanation and details for my latest frivolous vacation. Her lawyer claimed if I could afford to travel like that, I must have been hiding money.

“How about the all-inclusive cruise?”
That was what sealed the deal on the vacation. My son and I were $184 each, and my daughter was free. It included all meals and entertainment. Between birthday parties, bowling parties, presents, and bouncy-houses – we’d have spent more than that just staying home.

“The kids told their Mom about a cool limo ride from the airport. What about that?”
I had planned on taking the bus, but our flight was delayed so we missed it. Cabs were quoting $120 each way, so I went to the “departures” section of the airport and found a limo driver dropping someone off. I asked him if he was free for a ride and he said he’d take us to Galveston for $50 cash (The bus was going to be $75). He enjoyed my kids’ excitement so much, he offered to pick us up for the same price when our cruise returned.

“Well, that shouldn’t be too bad since you only spent $491 for a 6-day vacation for three of you.”
Especially considering we are spending far more than that paying you AND her lawyer $350 an hour to argue about it. [I ended up firing that lawyer.] 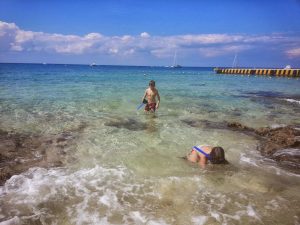 Although we’ve taken dozens of trips since, my kids still talk about that vacation. Despite being broke at the time… Despite the legal fees as a result of that trip costing more than the trip itself… Despite being about the worst timing possible… It was the best money I could have invested towards my kids’ and my future memories.